THE POSITIVE SIDE OF BREXIT? 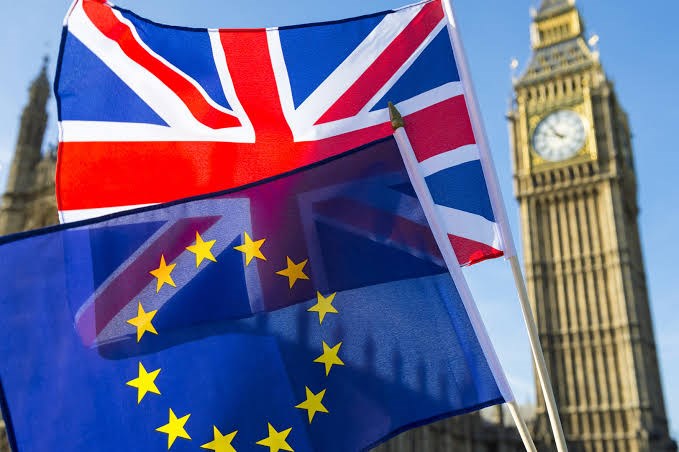 I was in a discussion at one of our local universities recently and found myself in a spontaneous political debate about the UK’s political ethics, with a few like-minded PhD Doctorates as also a Professor or two. The conversation waded into the murky Brexit river and the resulting opinions and common sense arguments which prevailed in this academic circle of financial masterminds, was almost unanimous.

What is the positive side of Brexit, we thought.? It was not a simple answer and the following was what was deduced, again, unanimously.

The positive side of Brexit is that you end the negative side of being in the European Union (EU).

‘It’s better to form trade deals with countries who are on a similar economic level which is basically the EU block, USA, Japan, Australia, New Zealand and Canada. There is nobody else. All the first world nations (as defined by the world bank) are in that previous list.’

It’s not just a loss of trade with the EU, our other trade deals were all brokered by the EU and terminate when we leave, so we are looking at ending almost all international trade. This is devastating. Literally, devastating.

Consider that when we mention the EU, that we in the UK are part of those deal negotiation and have a major influence and impact on such negotiations and the UK has the power in representation matched only by Germany and France, both trading and political allies of the UK.

So why do the ‘Brexit Remainers’ concentrate so much on the financial side? Is that all that matters to them.? This is a great question, and a personal issue of mine. To me, the economic cost of Brexit pales into insignificance next to:

So, some quick facts on some key EU benefits are:

The desire to introduce barriers to trade with our closest and most prosperous trading partners is pure lunacy. But the social, cultural and geo-political implications are far worse.

Then at a financial level the forecast really becomes gloomy.

The one issue no one is addressing is the fallout on inflation. The UK is currently in a 2 Trillion loan pit and to boot the Brexit result will reduce the income of the country significantly more, is common knowledge and is almost an ‘International Finance 101’ common sense fact. No financial rocket science there.

One of the closest relations to me who was originally a ‘remainer’ has somehow changed minds on Brexit and is now in favour of exiting. I can understand that common sense drives one to the obvious benefit of being an EU member but changing that in the light of then migrating over to the falsehood mentioned earlier in this article, and beginning to believe in the lies and misrepresentations of the original promises by the Cameron-Johnson Tory camp in 2015 leading up to the current status, is pure madness and lends to a cavalier mindset in which every scenario which is real and obvious, is simply dispelled and dismissed, indicating an obvious lack of knowledge or abandonment of common sense.

That like saying “Oh well I didn’t believe Enron or Steinhoff was a solid investment idea at first, but now that I see they have completely collapsed, I think I’ll invest some money into them.”

Another most important point was mentioned on a radio interview earlier today, of a few economists on BBC Radio 2, which plays constantly in our office, home and car. The one key issue which no one seems to be addressing or asking anyone is the inflation which both Jeremy Hunt and Boris Johnson face, in their fiscal policy.

They have no answer as to where the money will come from for their promises and therefore how to address the inflation issue, resulting from either one of two ways to arrive at additional funds. By raising taxation or by lending. We all know neither will raise taxes so it will become a lending issue, which is the same as the government printing more money, however the public will be the ones fitting the bill for repayment. Why does this matter.?

Because the fluent source of EU money and trade will slow down and possibly dry up, if the UK government in waiting, whichever that is, continues to haggle and insult each other instead of actually dealing with the issues at hand, post Brexit and internal to the country. At least for the foreseeable 5 year future, as trade deals take approximately 5 to 10 years to agree to.

Then, whatever happened to the £365 million that the NHS would receive monthly, as was one of the key promotional misrepresentations of the Cameron-Johnson misdirection.? Where would all this money come from.?

“Well.!”, said a confident Brexiteer, “this will come from the 36 Billion which the country won’t have to pay the EU per annum for its membership.”

However, this is grossly short sighted as the EU rebate has not been considered in this statement either making the quantum incorrect, and in any event the 36 Billion pales into comparison to the 3.1 trillion the UK receives in revenue annually across all industry sectors including banking. It’s a simple economies of scale consideration.

At this point we are all holding our breath at the politicians making promises to the common man who only believes what their level of understanding allows and remain unaware of what the knock on effects are.

This leading to a single example is another interview on BBC Radio 2 which my wife and I were listening to en route to Wales recently, of the fisherman’s wife in Bristol, who was asked about Brexit and who replied that she voted to leave and that her husband would then be able to catch fish in British waters again once we left the EU.

The fact that he stood to lose his business, and his boat which they were still paying for, as also that the EU would no longer buy his fish through his distributors as they now had to comply with EU standards, and that Britain would not have an immediate policy in place to match that, was never mentioned to the woman, by anyone at any time of the 2016 vote.

But it is mentioned now, and after revisiting both her and millions of others like her, she has since changed her mind after being properly informed about the very real consequences of her original vote, which was based on false promises and impossible deliverables.

It is at this juncture that the British people deserve to vote on the terms and conditions of the exit deal, and also the younger generation too, who did not have a vote in 2016 yet but do now.

What is the UK government so afraid of about a second confirmation referendum.? Its double the democracy. Now that the terms are clear, and what the Brexit deal entails, and all its changes and effects to the country and its people, it makes most sense to ask the people if this is still what they want, being fully informed.

As far as UK parliament goes, there has been no meaningful law or change made in parliament in 1.5 years due to no one agreeing to anything and division being the order of the day.

The original vote to leave was based on misrepresentation and untruths. The British public were sold these in return for their votes to leave the EU. In a next vote the Tory’s won’t be so lucky.