Leave, Remain, Farage, Cameron and a warped view on Brexit 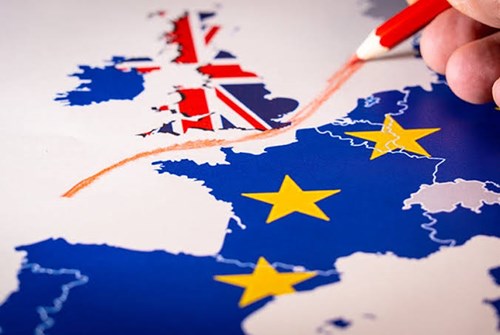 Recently I was privileged to have my second vote in my adopted country. For a few days I had to consider in earnest which was the better for both my business as also myself and my family to support the BREXIT or remain option.

Originally, I was a ‘Remainer’ and was prepared to consider that my research on the pro’s and con’s of leaving the EU and the consequent opinion was flawed but after speaking to one of our German investors a mere few days ago at the end of May 2019, I arrived on the support of this conclusion.

Why is it we find so much scaremongering on TV when we exit the EU?

Why don’t we look on the positive side and think of how much better off we will be?

I think all of the people who have answered this question on various platforms have made excellent arguments, but I’d like to hear from those who posted the question on why they think that negative views of Brexit are ‘scaremongering’, and why they believe we will be ‘much better off’?

So to recap, we’re leaving the EU principally because people in 2016 were persuaded by 3 really large untruths, or to call them what they are, lies.

First – “£350M paid to the EU each week, which could go to the NHS”. Except, as was widely stated at the time, the actual sum is half that. What wasn’t said by Cameron’s appalling remain campaign was that it included our contribution to over 20 different standards agencies that ensure protections for consumers (especially of foodstuffs), workers, the environment and animal welfare, as well as scientific collaboration, Euratom, air safety, electrical appliance safety, etc, etc. The cost of us having to recreate all of these agencies from scratch just so that British exports can be accepted as conforming to international standards will be horrendous.

There was never any intention of providing extra funding for the NHS, as Farage admitted the day after the referendum.

In fact, the Tories are currently auctioning off profitable parts to the private sector on a daily basis, and the Bank of England estimates that Brexit is costing the UK an average of £800M per week.

Second – “EU immigration is too high and we can’t control it”. Quite possibly. However, it constitutes just 28% of the total immigration in the past 30+ years. 72% comes from outside the EU, and we legally can certainly control it, but apparently don’t, or don’t see the need, and EU people here work in key jobs, apart from them propping up the NHS and social care, 95% of abattoir vets are from the EU.

We rely on these people for approval of UK meat products, so we’re in deep trouble if a lot of them decide to go home as a result of the current ‘hostile immigrant environment’.

Third – “We have to take back control from an undemocratic Europe”. So only 13% of the UK’s laws passed in the last 40 years implement EU requirements, and of these, the UK voted against just 2% in the European Parliament. This means that we have had a massive 0.26% of our laws forced on us by Europe. How terrible is that, and Cameron’s campaign totally failed to explain the many benefits of staying in the EU, focusing instead on the perils of leaving.

Why did he do this? Because his government and those of his predecessors had lobbied against many EU initiatives that were beneficial to citizens, but which apparently didn’t please party donors.

One example was his resistance to EU rules to ensure that fracking was carried out safely and with environmental sensitivity. In this, he would have been advised by his energy consultant, Lord John Browne, chairman of Cuadrilla (the fracking company). Most UK governments have repeatedly and shamefully blamed the EU for their own failings, as Cameron admitted to Craig Oliver in the run-up to the referendum. It was therefore easy for the ‘Leave’ lobby to launch their ongoing wave of resentment against the EU and anyone who supports it. Anyone of the at least 50% of the population who think Brexit is a detrimental idea and say so publicly are open to death threats.

Jo Cox paid with her life.

So, if and when Brexit happens, we’ll be so much better off, will we?

If we have the ‘hard’ Brexit that Boris Johnson and the other tax-dodgers want, we’ll be the only country in the world to be trading solely under WTO terms.

When you see the ‘hired’ people waving placards saying, “Let’s go WTO!”, it would be good to ask them if they have any idea what this would mean for the UK. Ian Dunt and others have written very clearly on social media and elsewhere about the implications of this for the UK, and they’re not good.

But having the UK in such a position of weakness will make things much easier for those who will benefit from lucrative deals with the USA, India and China, as long as they can bargain away the main trade barriers that these countries object to such as our consumer, worker, environmental and animal welfare protections that are for the benefit of the UK people and the principles that we used to stand for, and if you think that leaving the EU will give ‘Global Britain’ greater clout when we have to stand up to, say, Russia, China and the USA politically, I have to ask ‘REALLY? Are you for real with this.??’

The medium sized economic powers are countries like German, the UK and France who form the majority strength within the European Union and are part of the only other block who can stand up to the giants together. That’s the key word, together. To leave these economic partners is simply and truly short sighted in the pursuit of some nostalgic sovereignty cause, bringing us into an isolated independence and certainly far less effective in dealing with the US, China and India.

Britain has done well out of the EU – though it could undoubtedly do better.

We are the English speaking gateway into the largest open, single market in the World.

EU freedom of movement regulations allow us to sell products and services throughout 28 countries with consistent rules and standards. After we leave the EU, this will cease. EU law prevents financial services companies from processing data on EU citizens outside the EU, so given that many of our major financial institutions have grown to be pan-European and global organisations, do you think they’ll stay in the UK and drop back to simply handling UK customers’ money.? Which is the question originally asked by our European investors.

Lastly, this very Sunday morning on Sky News live, Anne Whitaker, champion of the Brexit party said that “the ‘Brexit Party’ has no actual policies yet but will have once they come to power.”

What kind of a strategy is this and is this the reasoning and logic that the ‘Leavers’ are supporting.?

In conclusion, it’s true, that some people will be ‘much better off’, but it certainly won’t be us.