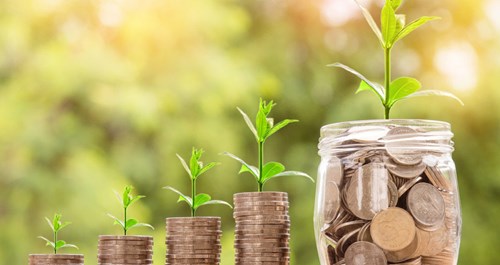 The rand is in a terrible state. Donald Drumpf has made huge adjustments to the US local policy, at the expense of the rest of the world and the trade war with Chine and Turkey is affecting most emerging markets across the globe.

South Africa has managed to shake off its emerging market image some years back but after the Zuma years, several downgrades by the primary ratings agencies Fitch, Standard and Poors and Moody’s, the country slid back into an emerging market segment, one which it will take many years to claw its way back from.

A ratings agency is essentially a credit ratings institution which scores large business, sovereigns and countries on their financial health. Like a credit union, just on a large scale.

The perception of South Africa is currently very low, especially where it hurts most, being the foreign investor and business sectors.

As we deal in these markets daily, I have first-hand experience and information which we use to direct and adjust our paths of where and how to place investments, and to advise our clients which way and how to manage their business and money especially if there are international transactions involved, and of course retail markets and their developments.

As mentioned in my previous article, I am not new to the European and UK retail markets, so when my wife Lioni and I arrived in Europe on our migration from South Africa back to Europe and the UK, I was once again amazed at the different pricing structures in both France and England, compared to the SA.

Lioni has travelled much more than I have and has seen the world on all its continents, except for Australia, where she says, and I agree with her, that in Australia everything just wants to kill you, from crocodiles to Jurassic spiders and sharks. (I just laughed and agreed)

She is also the ‘gatherer’ for our family tribe and therefore knows all the prices of all the shops with all of the products in South Africa, and fast becoming the same in the UK and France, which is some sort of world record I’m sure, and armed with this knowledge base, can compare almost everything on the retail shelf, in just about any country.

Which brings me to the following point.

South Africa’s consumer price structure is very different from that in the UK or Europe. The comparisons in price of foodstuffs and consumables is radically lower than that of South Africa. This is because of many factors, but the primary one being higher income tax. A higher national tax usually means a lower product tax which is the case in the UK and France.

So, tax people more and make their lives easier on low pricing and zero taxation of goods and essential services, is the general norm, and it works.

Food and other essential FMCG (Fast Moving Consumer Goods) items are also exempt from tax in Europe and the UK with the exception of cigarettes and alcohol.

Yesterday in a survey compiled over the past 18 months, it was announced on Sky News and published by the Independent, a local UK publication, that the local alcohol and cigarette consumption has dropped to a 12 year low.

Cigarettes and alcohol are heavily taxed in both the UK and France and are therefore expensive. A packet of Chesterfield 20 cigarettes cost about £8 or €10, which is about ZAR155.00. Wine in the UK is also very expensive at a single 750ml bottle of average Merlot priced at around £15, or about ZAR290. Needless to say, wine in France is pretty cheap but still taxed but much lower than in the UK.

That’s one way to get your country into a healthier state of living, which also reduces the strain on the national health services, unemployment due to health issues and so on.

Sneaky Brits often spend a day in Calais or Dunkirk, which is a quick trip by ferry from either easily accessed port and spend a day visiting the shops there and return with cases of wine.

Meat is not the cheapest here either and compares about 1 on 1 with South Africa, as does poultry.

But one on one, when we compare the UK pricing to South Africa’s pricing, there is a marked difference of what we calculated to be 22%, and up to 31% lower in France, on various shelf products, and this is including and considering the value for money or ‘buying power’ of the UK pound Stirling and the Euro at the till (essentially we’re comparing the bang for your buck), and what your one pound Sterling or one Euro can buy you compared to the South African rand.

Fuel is nearing the same now in South Africa as what it is in the UK. With the latest fuel price increase in South Africa to R17.08, which is now at an all-time high, and in fact so high that government as of 10 October has suggested a fuel price ceiling as per News24 (Really..?!. Only now they think of this.?) which again causes ever increasing price hikes to accommodate production costs, affects inflation and curbs local spending, and other knock-on effects which South Africans have to endure.

The fuel in the UK is currently at average of £1.26 for petrol, and £1.35 for diesel. A few cents higher than South Africa but varies slightly from town to town and supplier to supplier. This is not expensive at all in comparison, considering that South Africa has increased its fuel price by 66% over the last 10 years. (nine years of which were under the Zuma administration)

Taking into consideration that fuel in South Africa has increased an unprecedented 10 times in 2018, and the year is far from over. (https://www.aa.co.za/fuel-pricing) The South African government would probably cap the fuel price at between ZAR19 to ZAR21. I hope so very much that I am wrong in my calculations.

Many readers would at this point be thinking about all the other influencing factors affecting pricing, but if we go into any further depth, this article would become a ‘War and Peace’ sized novel.

Property in the UK is incredibly expensive as an island nation has only so much space on it, so demand is high which drives pricing.

On an episode of ‘Escape to the Chateau’ on Channel 4, which we watched a few days ago, the presenter showed that in France you can literally buy an entire rural village for the price of a single bedroom flat in central London.

South Africa has tried to follow the same market trend as the UK and has since the year 2000 attempted to increase the prices of properties in the same manner as the UK using the same pricing reference, but someone forgot to tell South Africa that in no way does it have the same buying power of its currency, nor the populous than that of the UK. So property prices became and remain hugely over priced in South Africa.

In hindsight, the tax structures in South Africa are both imbalanced and downright unjust, as the country squeezes ever more state revenue from the few already stretched and diminishing citizens who are supporting the tax burden, while the rest either don’t pay tax at all, or simply cannot due to a lack of everything.

Yet we remember the beauty of South Africa and its people, to retain an emotional value to our home country.

Many years ago, I lived in beautiful Plettenberg Bay. A dear friend ‘Uncle Brian’ who owned the local PostNet in the Melville’s Corner shopping centre and I were standing in the parking lot on the roof of the building, admiring the view over the bay. He said to me then “What a beautiful view. Pity it doesn’t pay the rent.”

South Africans are losing currency value, and local buying power of the rand at an unprecedented rate. With the currency having stabilised somewhat after the resignation of Nene and the entry of Tito Mboweni as new minister of finance (we have had 3 ministers in less than a week, and 5 ministers in 2 years) and the effect of the US on emerging markets, coupled with inflation and spiralling costs of living in South Africa, it is little surprise that South Africans are revolting.

Something will have to give, to eventually return the bang for their hard earned buck.